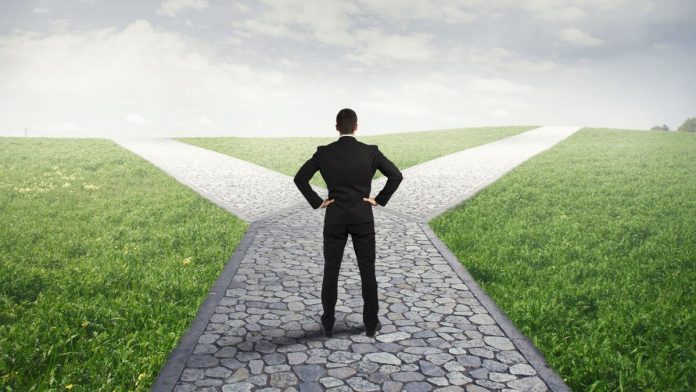 In Part 1 of this “transitioning to managed services” series, we focused on financial planning to help offset the temporary reduction in monthly income that can occur when you’re swapping project-based income for a subscription-based model. We also looked at the importance of tracking KPIs (key performance indicators) which help MSPs make appropriate adjustments to their services offerings and increase their operational efficiency.

In this follow-up article, we’ll look at some of the initial core services MSPs can offer, which serve as a foundation and springboard for the 40+ other add-on services.

You Need the Right Tools to Sell Managed Services

One of the biggest mistakes new MSPs make is trying to sell and manage their services manually using tools such as spreadsheets, whiteboards, and collaboration software. All these tools have their place in a business, but they’re inadequate for running a managed services practice. Ask any seasoned MSP what they wish they would have done differently when they first decided to start selling managed services and almost every time the response is: “I wish I would have selected the automation tools we’re using today sooner and invested the time and money to learn how to use the tools properly.”

If you haven’t yet invested in a PSA (professional services automation) and RMM (remote monitoring and management) solution — two must-have automation tools — check out Mike Monocello’s article, “Managing Your Service: Must-Have Automation Tools” and make this a top priority.

RMM: A Core MSP Tool — And Your First Service

When we first built the XaaS Journal platform, there was a debate about whether to include RMM as one of the services an MSP could sell because, like PSA, RMM is a core tool an MSP uses to run its business. Without remote monitoring and management capabilities, there are no managed services. Two tenets of managed services are addressing issues before something breaks and working as efficiently as possible. For example, in a break-fix scenario, a customer calls a VAR after a server crashes and goes offline. In a managed services scenario, an MSP receives alerts — from the RMM — indicating the server is heating up, slowing down or its memory is exceeding a particular threshold, which enables the MSP to act and avoid a crash.

However, even though an MSP can’t charge a customer for its PSA tool, remote monitoring and management can be sold as a service. Or, it can be given away and used to sell other services. A case in point is Paul Normand, Ph.D., founder and CEO of Best Networking Services (BNS). As Normand made the transition to selling managed services and was pondering how he could differentiate his company, he came up with the idea of offering RMM services free to every customer. His decision was quickly confirmed, and he considers this tool to be his best silent salesperson. “Rather than waiting for an IT emergency, you can see potential problems [e.g., excessive disk activity, servers running low on memory] and implement a solution proactively,” he says. “Equally important, having each customer connected to your RMM allows you to tighten up your service level agreement [SLA], which we’ve found to be another important differentiator.”

Normand’s hunch was spot on, and BNS saw an immediate 3x monthly revenue increase per customer. “They were paying more because we found issues causing degradation in their systems’ performance,” he says. “An RMM doesn’t only allow you to see more problems that need to be fixed; it allows you to remotely fix these problems. In a city like Houston, driving kills productivity. Previously, a good day of billing was only 4 hours per tech per day. Now, we regularly bill 8 hours per tech per day.”

Some fear that if you give away RMM and only charge for time and materials, you’ll shortchange your chances of achieving the real benefits of managed services — monthly recurring revenue. But BNS has found that’s not the case. “The managed services discussion is about eliminating surprises and reducing downtime,” says Normand. “If you’re a time and materials customer, at some point you’re going to experience a server failure that results in several thousand dollars in new equipment and labor costs. That cost is in addition to the cost of downtime while waiting to restore your data to a new server. Managed services customers, on the other hand, pay a flat monthly fee to make sure this surprise never happens. Currently, 75% of our customers are on a managed services plan and only 25% are on a time and materials plan with free RMM.”

Lead with Security and BDR Services – Here’s Why

One of the most challenging aspects of selling managed services is getting customers to buy into the idea that rather than paying your company only when something goes wrong, they should be paying you every single month.

Here are a few key points and analogies to keep in mind when approaching prospective clients about why managed services are not just in your company’s best interest, it’s in theirs too:

Fortunately for MSP Datasmith Network Solutions’ customers, they don’t have to worry about these problems. One of its customers, a well-known vitamin and supplement company, had an incident where an employee opened an email he thought was from UPS that turned out to be a phishing scheme that launched the CryptoLocker ransomware virus. “Within a few minutes, the virus took over an entire server and encrypted all the files,” says Paul Smith, a partner at Datasmith. After being alerted to the problem, the MSP quarantined the virus, but the damage was already done to one of the main servers. Datasmith was able to spin up the client’s server from the most recent restore point within minutes on a local BDR appliance. “We then used the [BDR] appliance as a file server while we cleaned up the infected server and recovered all the clients’ data,” he says. This same process would have taken days to accomplish if the client was relying on a file and folder backup solution, he adds, plus the customer would have lost up to a day’s worth of data. “Even though a BDR solution costs a few hundred dollars more per month than a file-based backup solution, it’s a much smarter investment in the long run when you factor in the thousands of dollars a client loses for each hour of downtime.”

Closing Thoughts about Choosing Your Services

We covered a lot of ground here – from automation tools to specific services to start selling. Before you move to the next step, I’d encourage you to check out two important articles related to today’s theme:

Want a Quick Way to Launch a POS as a Service Offering? Talk to Your Distributor.