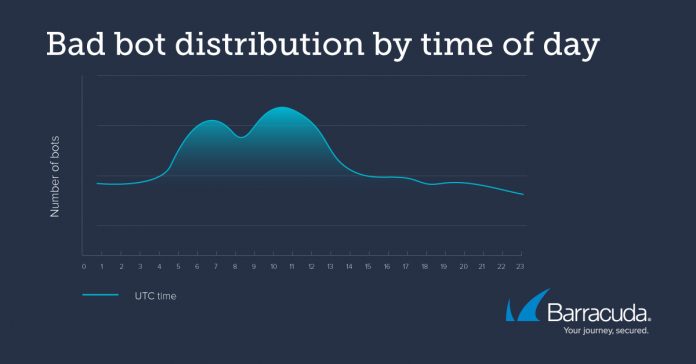 In mid-November, Barracuda researchers ran Barracuda Advanced Bot Protection in front of a test web application, and the number of bots they detected in just a few days was staggering, with millions of attacks coming in from thousands of distinct IP addresses.

When viewed by time of day, Barracuda researchers saw that bots don’t just wait until the middle of the night to attack. For example, in the UK, bot activity peaks mid-morning and doesn’t fall off until closer to 5 p.m., which may indicate the cybercriminals (aka “bot herders”) follow a regular working day.

Here’s a closer look at the trends Barracuda researchers found about the ways cybercriminals are spoofing good User-Agents and the new patterns for these types of attacks.

Bad Bot Personas — Bad bot personas are bots that have been identified as malicious based on their pattern of behavior. Bad bots are grouped by User-Agent, but some User-Agents are good. For example, GoogleBot, which crawls sites and adds them to search rankings, is good and should not be blocked. Google has many different User-Agents:

The problem is bots will spoof these known good User-Agents, so you have to look deeper to tell them apart. To identify a bot as being bad when the User-Agent claims to be a good search engine, Barracuda researchers use methods including:

When viewed by top bad bot personas, the data gathered by Barracuda researchers shows an increase in the following bad bot personas: HeadlessChrome, yerbasoftware, and M12bot, ahead of newer browsers like Microsoft Edge.

When analyzing which ISP (Internet System Provider) or ASN (Autonomous System Number) is the source of bad bot activity, researchers found Indian mobile provider subnet ranges in the mix, as well as some of the big public cloud providers. This shows that the source of bots may be international, although this would depend on the bot and the site it is targeting.

How to protect against bot attacks

With holiday shopping season now in full swing, e-commerce teams should take the following steps to safeguard their applications against bad bots: 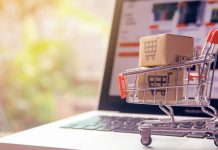 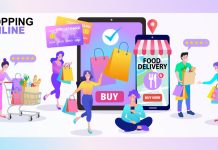 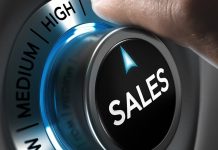 Why You Should Sell Retail and Restaurant Customer Survey Solutions

Endpoint Security: A Priority for Your Clients and for Your Business