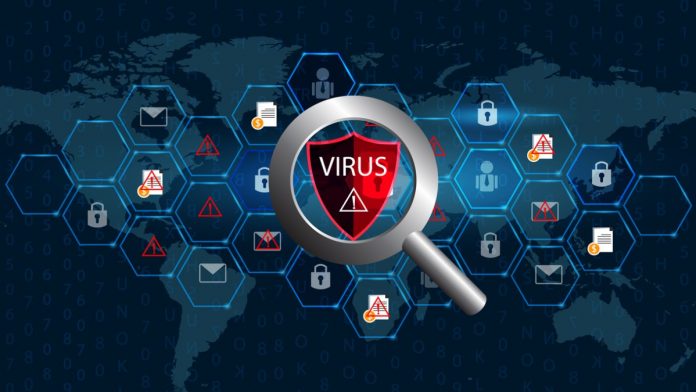 For a time, the conventional wisdom was that Macs were much less vulnerable to viruses and that the on-board security software was all you needed to be safe. Installing Mac antivirus was seen as ultimately misguided — the software wouldn’t help prevent viruses but could impact performance and take up valuable storage space.

While this was somewhat true in the past — Macs were generally more secure than PCs running Windows — it’s no longer as accurate.

According to a recent report from cybersecurity company Malwarebytes, Mac threats per endpoint doubled between 2018 and 2019, from 5.8 to 11. That’s more than the average number of threats detected on Windows machines.

Viruses and malicious software that target Macs are on the rise. Built-in security may not be enough to handle all the threats users face, but Mac antivirus software may be able to help.

Part of the reason why business owners are sometimes reluctant to install antiviruses on Macs is that preinstalled security tools come with macOS. There are three main tools the system uses to automatically defend itself and provide end-users with options that help keep them secure  — XProtect, Gatekeeper and Sandbox mode.

XProtect is Mac’s built-in antivirus software. Like other antiviruses, it works by maintaining a database of virus definitions and monitoring processes for unwanted software, like viruses. Unlike other anti-malware tech, XProtect runs invisibly in the background.

Gatekeeper is another security feature that’s designed to prevent untrusted software from running on a Mac. The tool verifies downloaded software before allowing it to run, reducing the risk that a user executes malware on their machine.

Sandbox mode allows you to run apps in a virtual sandbox, isolated from the rest of your machine. If you want to test an app, you can run it in software mode to prevent it from making permanent changes to your Mac.

These security tools, while powerful, aren’t always enough to defend a Mac against malware. Users have to contend with things like adware, which automatically displays advertising material, and potentially unwanted programs (PUPs) that are often installed without user consent.

If you or your customers rely on built-in software, you depend on Apple’s security team to catch exploits and viruses. In the past, despite best efforts, malware has slipped under the company’s radar. In 2019, OSX/CrescentCore — a piece of malware designed to disguise itself as the Flash Player — was able to sneak past built-in Mac defenses.

Viruses like these can significantly impact business efficiency. Lost files, downtime and data breaches are all possible results of malware. Businesses can save themselves serious trouble by preventing infection in the first place.

While Mac antivirus isn’t guaranteed to catch viruses like OSX/CrescentCore, they provide a valuable extra line of defense against that kind of malware.

A decade ago, antiviruses weren’t popular among Mac users because they tended to slow things down. Since then, antivirus tech has come a long way, and modern options offer improved protection with fewer drawbacks.

If you want to install anti-malware software on your Macs, you have a decent range of antivirus options to choose from. These tools and others, combined with strong security practices that protect endpoint devices and users, can help keep Macs safe from malware, adware, phishing attacks and PUPs.

How a Mac Antivirus Can Protect Your Customers

While Mac antiviruses are sometimes seen as not necessary, the protection they provide is increasingly useful. Mac threats are on the rise, and built-in security tools may not be enough to defend every system against viruses and PUPs. For businesses that want to protect against these threats, an antivirus can provide a valuable defense.

Answer These 7 Questions Before You Commit to a VSaaS Solution