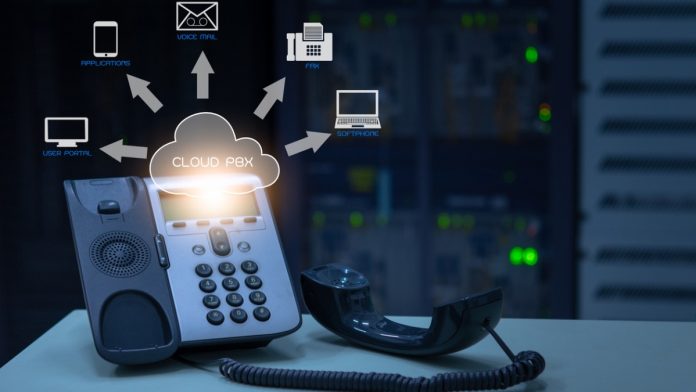 Businesses and organizations continue their transition to Voice over Internet Protocol (VoIP). Drivers include greater efficiency—with hosted VoIP, they don’t have to deal with the hassle or expense of fixing or replacing phones or on-premises infrastructure, and adding employees and routing calls doesn’t require complicated programming. Moreover, VoIP typically costs less to use than landline phone service.

Global Market Insights adds that companies are also moving to VoIP to support wireless communications infrastructure, and their growing dependence on Unified Communications as a Service (UCaaS) is paving the way for the acceptance of VoIP systems. According to Global Market Insights, all of these factors will contribute to the $30 billion VoIP market to grow at a CAGR of 15 percent through 2027.

What Your Prospects Need to Hear

As a managed services provider (MSP), value-added reseller (VAR), or other IT solutions provider, you should recognize that the increasing demand for hosted VoIP services represents an opportunity for business growth. However, ensuring your customers see the most value from the services you provide requires taking a consultative role.
Rob Rodier, VP of Sales at Lightyear, comments, “Businesses always have, and always will need help selecting technology. Telephony is not an exception. VoIP/UCaaS is a crowded, noisy space that is dynamic and constantly evolving. While in many cases there is parity on basic features across platforms, integrations, deployments, endpoint capabilities and implementation can all be quite distinct.”

He adds that how a business or organization’s employees are using voice communications has probably changed over the years. “Voice has been an application on the network that is no different than email, word processing or anything else,” Rodier says. “But, properly implemented, it ties into other core applications on the network to seamlessly integrate communications functionality that works anywhere, anyplace and on any device.”

“If this was not clear prior to the pandemic, it certainly is now,” he comments.

Mistakes to Avoid with Hosted VoIP

Rodier points out that offering Telephony as a Service has been challenging for many VARs and MSPs.

“Before VoIP began moving toward an as a Service model, VARs and MSPs carefully chose a manufacturer or two and became subject matter experts on their products — how to sell, configure, implement and support,” he explains.

“The businesses economics were CAPEX driven, and there was a lot of investment made in supporting customers long term with things like truck rolls and help desks,” he says. “When it became apparent that cloud-based telephony was going to rule the world, many VARS and MSPs tried to incorporate it into their existing business model which was far from optimal and put them at a significant disadvantage.”

Rodier says you need to rethink your strategy of having one or two go-to hosted VoIP providers and instead develop a broader understanding of the VoIP and UCaaS landscape and the types of use cases that specific providers address.

“This is not a one-time thing. It is a constant investment in understanding what providers are doing well and why, who is buying what and why,” he adds. “Your business must be nimble.”

He says the relationship you have with your service provider partners will also impact how well you can grow this part of your business. “Some providers have done a good job at incorporating MSPs into their models, for example, allowing them to install the system, provide tier 1 support, and sell endpoints, but it is not the norm.”

Additionally, some MSPs have white-labeled services and become their own carriers.

“However, in many ways, MSPs simply need to embrace the change, selling and supporting customers in a wider geography that would not have been possible prior, reducing overhead, and being okay with the 11 p.m. trouble call going to someone else’s help desk,” Rodier says.

“It all comes down to understanding customer needs and addressing them better than anyone else,” he says. “Study the landscape and understand what providers fit best—then repeat.”

Cloud-Based Video Surveillance is the Way of the Future

How IaaS Can Impact Customer Experience