ConnectWise, a software company that connects teams with the platform and solutions that deliver technology as a service to the world, announced several key executive leadership updates today, including the appointment of a new President and the creation of a new executive position focused on Customer Success.

“ConnectWise has always put our customers’ success first and in 2019 we are doubling down on our efforts to align and invest in the success of our 24,000 worldwide customers,” said Arnie Bellini, CEO of ConnectWise. “We’ve put together a formidable team whose leadership, business acumen and channel expertise will certainly drive forward ConnectWise’s position as an industry leader, while making our customers more successful in business and life.”

Jason Magee, who had been serving as Executive Vice President and Chief Operating Officer (COO) since 2016, has been promoted to President and COO. He will continue to lead corporate strategy, operations and procurement, but will now also oversee the product, customer success and IT Nation teams. Prior to taking on the COO role, Magee served as Vice President of Worldwide Channels and Alliances. He joined ConnectWise in 2011. Magee has worked in the channel for the entirety of his 20-year career.

Craig Fulton, who served as Chief Product Officer (CPO) since 2017, has moved to the newly created Chief Customer Success Officer (CCSO) position.  Fulton, who is well-known for being passionate about driving and supporting customer success, is tasked with building out an entirely new team that is devoted to the success of ConnectWise customers worldwide.  He will integrate the current support, consulting and onboarding teams into a unified Customer Success function.   As a 12-year veteran at ConnectWise, Fulton has held several positions in addition to CPO including Senior Product Manager, Business Consultant, and Systems Engineer.

Bellini said Fulton’s new position as CCSO was developed in response to the overwhelming positive feedback the company has received about its laser focus on empowering its customers to succeed in growing their businesses and exceeding their goals.

Jeff Bishop has been appointed the company’s new CPO, moving from his current role as Vice President of Ecosystem. As one of the founders of ConnectWise Control, Bishop’s knowledge and experience in product development and management provides a focused expertise that will expand upon the success and foundation built during Fulton’s tenure. Bishop, who has been with ConnectWise since 2015, will oversee product development and management, platform infrastructure and ecosystem technology.

All three moves are effective immediately, with Fulton and Bishop reporting directly to Magee.

Kathy Smith, who most recently served as the Senior Vice President of Services and Education, is moving into an advisory role for ConnectWise as she prepares to retire in the 2019 calendar year. Smith, whose career spans over 35 years, arrived at ConnectWise in 2009. During her tenure, Smith built a world-class team of more than 100 consultants who provide online educational material, training initiatives, implementations and one-on-one consulting. She was also responsible for a team of more than 200 colleagues who deliver industry-leading support services to ConnectWise’s partners.

“Kathy has been a trusted leader and mentor at ConnectWise for ten years, and I credit her and her team with the incredibly high customer satisfaction ratings we receive from our partners – which are consistently well over 90 percent,” said Bellini. “I thank Kathy for her amazing contributions, 110 percent dedication, and love for our partners.”

ConnectWise is a software company that connects teams with the platform and solutions that deliver technology as a service to the world. Our award-winning business management platform automates the full lifecycle of technology service delivery, from sales and service to project tracking and back-office functions, for more than 24,000 partners in more than 65 countries. We believe in an open ecosystem, the power of choice and providing a single pane of glass view. With more than 35 years of experience, ConnectWise delivers the software solutions and support companies want at each step of their business journey. For more information, visit ConnectWise. 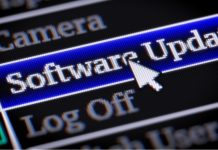 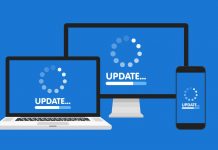